As we welcome in the first of the January snows, this week is the time for the traditional custom of wassailing – a blessing ceremony to wake the trees (normally apple or plum trees) from their winter sleep, and encourage fertility for the upcoming spring.

The traditional date for the Wassail was twelfth night on the 5th Jan, but with the change of calendars over the centuries, this extended up into the first weeks of January. The practice is most prevalent in the cider growing counties: Devon, Somerset, Herefordshire and Gloucestershire. Since these are also our main Morris Dancing counties, this is unsurprisingly where I first encountered it directly.

Wassail comes from the Saxon greeting waes hael meaning ‘be healthy’, and this acts as the blessing for the ceremony. The word wassail is recorded as a greeting for toasting as early as the 8th century. First, the wassail begins with preparation of the wassail cup – either hot spiced ale, cider or some concoction containing one or t’other. Recipes survive for a wassail punch known as Lamb’s Wool, made of hot ale, spices, cream, eggs and pieces of roasted apple. The punch goes into a special dedicated wassail bowl, used for the tree blessing and for special social gatherings during the twelve days of Christmas where guests would drink to each other’s health and eat cake and mince pies. The first written records of this social custom go back to the 1300s, but it is thought to be much older.

Anyhow, back to the trees. The ritual itself is essentially an act of sympathetic magic. The wassail bowl is ceremonially processed into the orchards, with singing and music until you arrive at the oldest tree in the orchard. The tree is sprinkled with a libation from the wassail bowl while being praised of its harvest in the last year and with hope of big yields in the future. The remainder of the wassail cup is shared around the rest of trees in the orchard, and in my experience what is left is then normally “ritually drunk” by the participants.

These are pictures from the Lewes Wassail, that I attended for many years with my Morris side. The first photo is from Susie Brown. 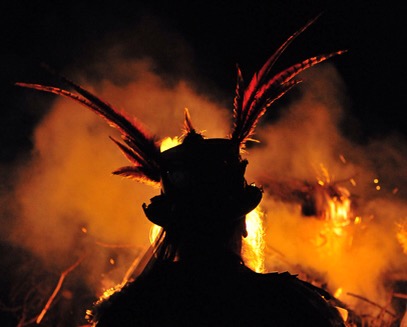 So, how to be inspired by this ritual? Well, my first thought went to the Wassail bowl. The wassail bowl was a special dish: ceramic, silver or turned wood as you could afford. Can I make a special wassail bowl, which capture something of the magic of the ceremony?

Well, an idea is now in development! This is a sneak preview of my work in progress. 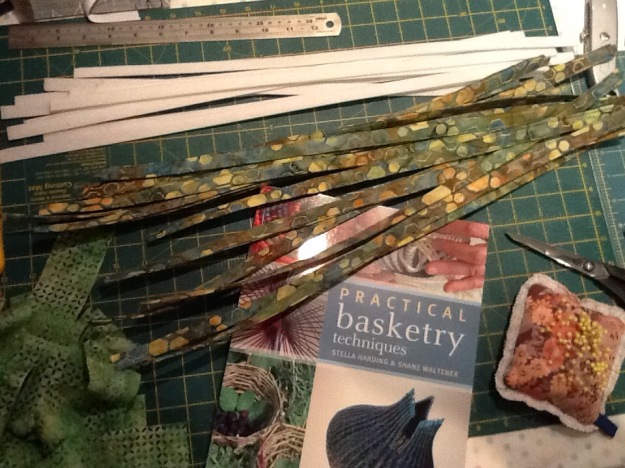 Let’s see how this turns out!

References
1. The Pagan Book of Days, Nigel Pennick
2. Article by Rowan, http://www.whitedragon.org.uk/articles/wassail.htm, accessed 13 Jan 2015
3. The Stations of the Sun, Roland Hutton
4. Cooking the wheel of the year, Angelique Talbot (unpublished)