Another exciting day and another side of China – the side which the 16 Kung Fu students in our group were beginning to get very excited about. We were in Wudang for the group to learn some patterns in a new Tai Chi style, after a couple of days of us touring the mountain. Once the training started I would be heading home alone, so I was very much looking forward to the last couple days of touring and eating.

We packed an overnight bag and headed on a little bus upwards into the mountains. We got sick bags as we got on the bus which wasn’t an encouraging sign! Hairpin bends galore. We drove up as far as the road would carry us to pick up a cable car service to the top of the mountain – the Golden Peak, a pilgrimage site and Daoist temple. There were a lot of very steep stairs on the way up, but the views at the top were well worth it, particularly since we were so lucky with the bright blue skies. There were many opportunities to look for good luck in the temples on the way up to the peak. This included a pitch black Good Fortune temple from the 1300s and a lovely temple hall with big, rather scary statues of the Wudang Mountain God and one of Zheng San Feng, the founder of Tai Chi, who lived to be over 130 years old. The Golden Peak temple itself is in honour to Lao Ze, the author of the famous Dao De Jing. 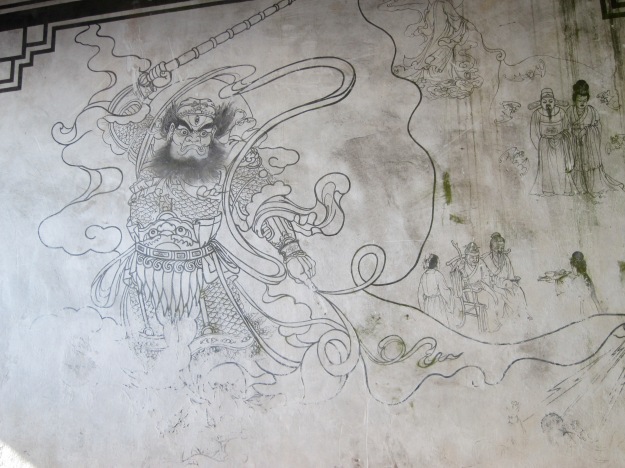 From the top of the mountain, we gradually made our way down via a smaller Daoist temple – Fu Zhen Temple, a lovely very peaceful place, with the temple built into the side of the cliff.  Chilly though! 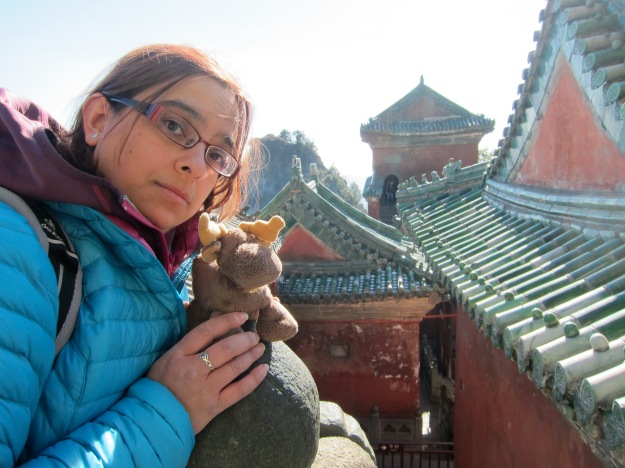 Before heading to our hotel on the mountain we stopped via a scenic valley, which came to fame in the UK for being used for the set of Crouching Tiger, Hidden Dragon. We also came across the unusual Black Swan (apparently swan translates into Chinese as sky duck – how wonderful!). Clearly having too many people in our group who read finance and economics books, the black swan got rather a lot of attention…

Following day was more of the same, looking at some of the other highlights in the area, and a few more beautiful temples. We stopped at the Purple Heaven temple, populated entirely by Lady Monks – and I was utterly captivated by one Lady Monk drying and combing her hair, the wonder of the ritual, so surprisingly beautiful, ending with a perfectly symmetrical bun on her head. What else would I expect in the home of Daoism. 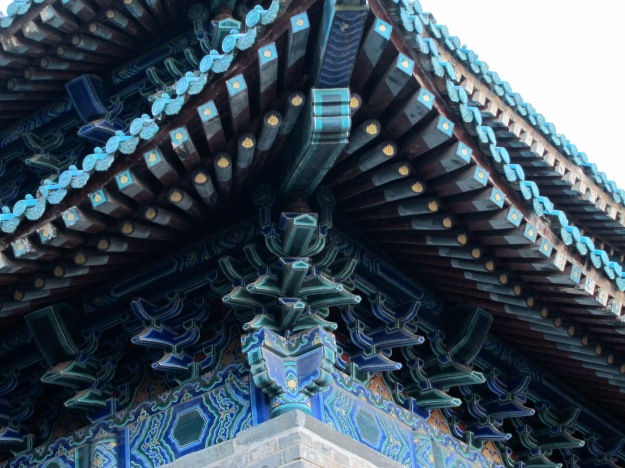 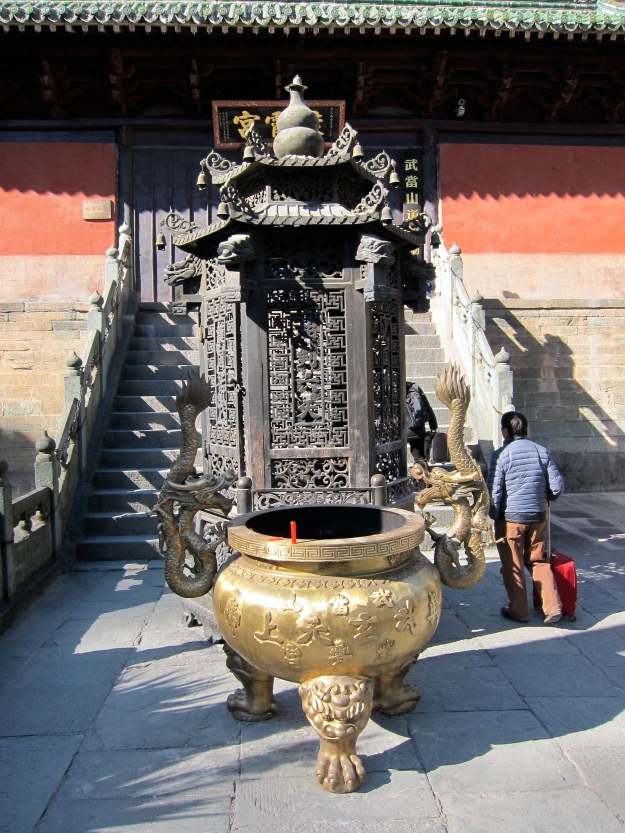 We left the Wudang Mountain feeling peaceful, if a little cold and slightly travel sick from all of the hairpin bends. Back to our hotel via a bustling local supermarket to stock up on snacks for the Kung Fu students ready for training in the morning, and me ready for my flight back to the UK.